BE IN THE KNOW ON

Expert insights. Personalized for you.

We organize all of the trending information in your field so you don't have to.
Join users and stay up to date on the latest articles your peers are reading.

Get the good stuff

You know about us, now we want to get to know you!

We've sent an email to . Please verify that you have received the email.

We have resent the email to

Let's get even more personalized

Are you sure you want to cancel your subscriptions?

Get the good stuff

You know about us, now we want to get to know you!

Let's get even more personalized

This site uses cookies to improve your experience. By viewing our content, you are accepting the use of cookies. To help us insure we adhere to various privacy regulations, please select your country/region of residence. If you do not select a country we will assume you are from the United States. View our privacy policy and terms of use.

Are you sure you want to cancel your subscriptions? 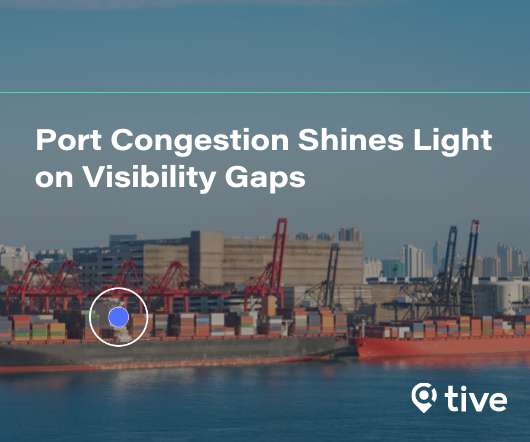 Port congestion is a standout topic in current conversations surrounding logistics and the supply chain. With consumer demand and e-commerce at an all-time high, huge spikes in U.S. imports have led to severe backups that have hobbled many companies utilizing West Coast ports.

This report, built from extensive survey data from a myriad of shippers and logistics providers, shines light on visibility gaps that have contributed to the current crisis of port congestion. Topics explored include:

Join by signing up for our newsletter